If so, you’ve come to the right place! On this page you can shop and compare ACA plans, get a free quote, and start the enrollment process. Plus, we go over enrollment dates and deadlines, which health insurance carriers are available in AL, how much you can expect to pay for health insurance, and more.

To compare the most affordable plan options in Alabama, click the button below

Sign up for email updates to get deadline reminders and other important information.

Ready to read more? Easily jump to a section:

There is an annual Open Enrollment Period (OEP) when Alabama residents can buy or renew health insurance under the Affordable Care Act. The dates for Open Enrollment change each year but have always started on November 1st.

If you missed Open Enrollment, you will have to wait until the following year unless you experience a Qualifying Life Event (QLE). Get our free guide to qualifying events here. If you’re wondering what’s considered a QLE, let’s look at a few examples:

If you experience a Qualifying Life Event, you’ll be able to enroll during a Special Enrollment Period. In most cases, this window lasts 60 days after you become eligible so it’s important not to wait.

Make sure you don’t miss the next Open Enrollment!

Subscribe to our newsletter and we’ll let you know when you can enroll!

If you’re trying to find a list of health insurance carriers in Alabama or looking for a specific one, we’ve got you covered! Here’s a quick overview of each carrier offering plans throughout 2019. 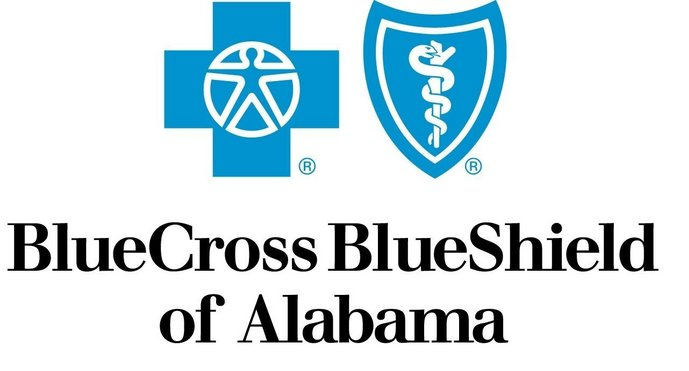 It’s also important to know each of these carriers meet the state and federal requirements put in place by the Affordable Care Act. That means every plan offered is guaranteed to include “essential health benefits” (emergency services, prescription drug coverage, hospitalization, pregnancy, maternity, and newborn care, mental health services, plus more).

When choosing a health insurance plan, it’s a good idea to understand how much you can expect to pay throughout the year.

Here’s a breakdown of average costs based on last year’s Open Enrollment Period in Alabama:

When looking at how much a plan will cost you, there are a handful of terms you’ll want to know:

The Affordable Care Act, also known as Obamacare, is a law that transformed the health insurance industry in Alabama and across the United States. Let’s take a look at how things have changed since the ACA went into effect:

In 2009, over 50 million Americans did not have health insurance. This population typically received only half as much healthcare as someone with insurance. On average, these people were much more likely to end up in an emergency room. And were less likely to receive preventive care for major health conditions and chronic diseases. The ACA changed this by providing health insurance to millions who didn’t have access before.

The government also understood that healthcare overall was too expensive. The ACA reduced these costs by offering subsidies, i.e. “cost-sharing reductions” and “advance premium tax credits.” A cost-sharing reduction is a discount that lowers the amount you have to pay in deductibles, copayments, and coinsurance. An advance premium tax credit is a credit that lowers your monthly premium. You can enter your zipcode on the top of this page to find out if you qualify for one or both of these.

Before the ACA was signed into law, health insurance companies were allowed to refuse coverage when someone had a pre-existing condition and cancel coverage when someone got sick or needed a lot of medical care. The Affordable Care Act ended those practices. The ACA also provides more coverage options for young adults, holds insurance companies accountable when rates increase, and includes free preventive care.

When did the ACA become a law?

The Affordable Care Act was signed into law by President Obama on March 23, 2010. Title 1 of the law, “Quality, affordable care for all Americans,” went into effect immediately but most of the ACA’s major provisions rolled out in 2014.

What is the Marketplace?

Once you’re ready to shop for health insurance, or renew your coverage, it’s important to understand the Health Insurance Marketplace. Essentially, this is where you go to compare your options, grab a quote, and enroll in a new plan. Or renew your existing plan.

It’s also important to know the Health Insurance Marketplace is completely based online. Depending on where you live, your state may use the federal site, HealthCare.gov, or run it’s own state-based Marketplace.

There are also privately-run Marketplace options such as HealthSherpa. As a partner of HealthCare.gov, HealthSherpa offers all the same plans, prices, and subsidies. You will also have access to a Consumer Advocate team who can help you enroll and manage your plan.

What is Insure Alabama and how does it work in Alabama?

When you’re shopping for health insurance, it’s important to understand the difference between Medicaid and the Marketplace to determine which one is right for you. In this section, we’ll go over the Insure Alabama program, how it differs from the Marketplace, what’s available for children, and eligibility for each one.

Medicaid is a jointly funded, Federal-State health insurance program, providing free or low-cost health insurance for eligible low-income adults, children, pregnant women, seniors, and people with disabilities. In 2014, the Medicaid program significantly expanded due to the Affordable Care Act — and states individually decided to opt-in or out of the expansion. Currently, over 30 states and the District of Columbia have expanded their Medicaid programs.

Before the Affordable Care Act, many uninsured, low-income individuals were not eligible for Medicaid. At that time, the Medicaid program only covered low-income parents with dependent children, qualifying children and pregnant women, individuals with specific disabilities, and qualifying people over 65 years old.

Once the Affordable Care Act was signed into law, anyone with a household income of less than 138 percent of the Federal Poverty Level became eligible for Medicaid. This expanded the program so you would no longer have to fall under one of the qualifying categories; you could now qualify for Medicaid based on your income.

Enrollment is year-round, so you can apply for Insure Alabama at any time. Fill out an application here to confirm whether you qualify.

Medicaid vs. the Marketplace

If you’re eligible for Medicaid, you can still enroll in health insurance through the Marketplace. However, you won’t qualify for one or both of the subsidies offered under the Affordable Care Act: cost-sharing reductions and premium tax credits. Therefore, Medicaid will be the more affordable option.

If you’re enrolled in Medicaid and then become ineligible due to your household income increasing, now is the time to enroll in a Marketplace health insurance plan. Plus, there’s a good chance you’ll qualify for one or both of the ACA subsidies. Find out how much you can save here.

What is the Medicaid gap?

The Medicaid coverage gap refers to a group of uninsured individuals in states that did not expand their Medicaid programs. They are not eligible for Medicaid, yet at the same time not eligible for subsidies offered by the Affordable Care Act. Therefore, making both forms of affordable health insurance inaccessible. There are approximately 2.4 million Americans in this coverage gap, according to the Kaiser Family Foundation.

If you live in a state without the Medicaid expansion, you could fall within this gap. The exact factors depend on your state but for Medicaid the median income limit for parents in these states is just 44% of poverty, or an annual income of $8,985 a year for a family of three. Medicaid is generally not available at all to childless adults in states that did not expand Medicaid. ACA premium subsidies are only available for people with a household income of at least 100 percent of the FPL, up to 400 percent of FPL. (This chart shows the income limits for Medicaid in each state.)

If you do not qualify for Medicaid or ACA subsidies, you are in the Medicaid gap. To get health insurance, you can pay full price for an ACA Marketplace plan or purchase a private health insurance plan. Both options can be expensive and lack the protections that come with the ACA plans. An often more affordable option is to get low-cost care through a community health center. These health centers generally provide health care services on a sliding scale based on your income. To find a community health center near you, use this tool from the U.S. Department of Health and Human Services.

What is CHIP and how does it relate to Medicaid, the ACA, and your family?

CHIP (Children’s Health Insurance Program) was created to help fund health coverage for children at the state level. Each state has put their own program in place, primarily working to serve low-income households. Most of the time, these households aren’t eligible for Medicaid or may have employer-sponsored health insurance that does not cover their kids. CHIP helps fill these gaps, helping more children get insured.

CHIP eligibility differs by state, with the majority of states covering children with household incomes up to at least 200% of the Federal Poverty Level (FPL). In California, more than 1.2 million children under 19, have access to health insurance through the Children’s Health Insurance Program.

Fill out an application here to determine if your household meets the state income requirements. Like Medicaid, CHIP does not have a set enrollment period and can be applied for year-round.